Independent curator. Currently works as chief curator of the 22 Bienal de Arte Paiz in Guatemala, curator of the sector “Solo” for SP_arte in Sao Paulo (Brazil, 2019-2020). She is also artistic director of Plataforma Atacama, a project focused on the relationship between art and place based in the Atacama Desert in Chile, developing projects with artists such as Hamish Fulton, Melanie Smith and Paz Errázuriz, among

She writes for art publications in Latin America and internationally. She is the author of Installations and Experimental Printmaking (UK, 2009) and of the next monograph publication on the work of Lotty Rosenfeld. 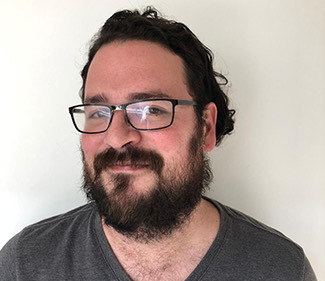 Artist, curator and educator, formed in Architecture. He is currently curator of the 22 Bienal de Arte Paiz in Guatemala. His work is a hybrid that brings together his three practices, combining and contrasting them in different projects. From cultural management, he then moved to museographic displays and later into the curatorial practice. His artistic practice has extended to different creativity fields, giving practical and theoretical workshops in Art History and Contemporary Art.

As curator, he has worked in monographic exhibitions for artists like Moisés Barrios and Rodolfo Abularach. Also, group shows in independent spaces like Sótano 1 and Concepción 41. He curated the exhibition “Inquieta Imagen”, in the Museo de Arte y Diseño Contemporáneo (MADC, Costa Rica). He currently Works as curator for the Centro Cultural Municipal Álvaro Arzú Irigoyen in Guatemala.